I was promoted to blue belt last night! This means so much to me because through jiu jitsu I’ve been able to find something I truly care about and am passionate about. Something that had been missing from my life for a long time. I love that it’s something that doesn’t come naturally or easily for me because it does push me to improve and test how far I can go physically and mentally, rather than quitting. I also really love the sense of community I’ve been able to build with my teammates even though they said when I roll there are only two levels: sack of potatoes or monster. I’m excited for this next step on what I’m hoping is a lifelong journey. Thank you @chriscariasomma for being an excellent coach and believing in me and thank you @risecombatsportstucson. And thank you to my teammates who have become some of my closest and best friends. 💙💙❤

I was actually promoted in July! This is what I posted on my Instagram the day after I was promoted. The promotion itself came as a shock even though I knew it was eventually coming. My coach had consistently been commenting that I had been improving and was able to gain opportunities for submissions from several different positions. The timing was also, I guess serendipitous. I was in the middle of one of the worst weeks I’ve had all year and the promotion was just what I needed to shift things back into perspective and get my to stop feeling so sorry for myself.

Shortly after this, I ended up taking the most time away from training since I got my wisdom teeth pulled in 2015. I was out for two weeks then. This break resulted in me limiting my training schedule from 5-6 days away to 2-3. I needed the time off so that I could study for the Law School Admissions Test (LSAT). It’s always been my dream to go to law school but it’s something that I want to do on my own terms as much as possible and that means going to the school of my choice. I have applied to it twice in the past and was placed on the wait list both times. After this first time, I began to doubt if pursuing a career in law was something I really wanted. I was accepted into a few other schools but for a variety of reasons chose not to go but that main was that none of those were the school I wanted. I don’t want to  too get into, “Well, if you want to be a lawyer, why are you letting where you go to school dictate whether or not that happens?” But this comes down to: law school is expensive, in-state tuition would help offset some of that cost, and I’ve built a life for myself in current city. I think I may also have a bit of stubborn streak.

Anyhow,  I took the test earlier this month and am waiting on my results. I should be seeing those in about two weeks. Fingers crossed that my score has improved! Comparing the difference between how I felt taking the test in 2011 and earlier this month is almost night and day. I took the LSAT in 2011 twice within a two month span and was just a nervous wreck. I felt as my entire future and self worth were wrapped up in that score and if I didn’t do well, I was worthless. I didn’t do badly but my score was extremely average. The stress from the exam an application process really did a number on me. I was so focused on that that I would feel guilty if I wasn’t studying and eventually stopped working out which led to a steady weight gain of 30 pounds and my self-esteem was shot.

This last round was so different and not just because I knew what to expect. I was expecting to be anxious, losing sleep, and miserable going into the test. This time, when I was actually sitting in the exam room, I felt really calm and zen about the whole thing. I didn’t panic about time and afterwards wasn’t agonizing over what I could have done better. I also kept telling myself, it’s just a test and it doesn’t define who I am.  I think a lot of this has to with jiu-jitsu being part of my life. Jiu-jitsu has been a constant study in self-improvement and has really helped rebuild my self-esteem. Every training session teaches me something new even if it’s reminding me not to give up even when I have a bad day. Competing also definitely helped with nerves an the actual test day. It’s way scarier trying not to get strangled by another girl.

As for reading, I haven’t done much. I read Michael Connelly’s, The Closers, right before I got super caught up in studying and that was a fun read.  I’ve also been working my way through Hunter S. Thompson’s The Great Shark Hunt. I haven’t read too many of the essays but each is super revealing and engrossing. Currently, I’m reading Malcom Lowry’s Under the Volcano, which I bought with several other books as treats for after the LSAT and when I had more time to read. I also treated myself to a trip to Glacier National Park in Montana and this was my airplane book. 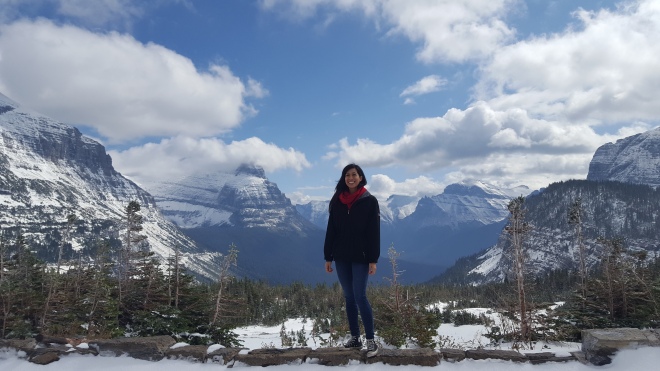